Prism rails, also called dovetail bars, are mainly used for installing telescopes on an astronomical mount. These rails are often also used to secure further accessories to the telescope’s lens tube, such as an internal expansion joint or a camera.

In astronomy, there are two established standards, namely the relatively narrow rails which were created by Japanese manufacturer Vixen and the wider Losmandy rails. The latter are 3 inches wide and are primarily used for heavy optics. From the world of photography, we also have the Arca-Swiss standard for clamping to camera tripods.

Most astronomical mounts are designed for one of these two standards. Medium-sized mounts and larger are often equipped with a dual mounting saddle which can take both standards. 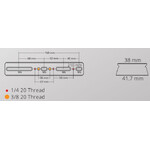 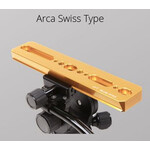 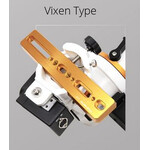