Please note that this product desciption was translated by a computer. For more information please contact our english speaking customer service.

For young Al Nagler, NASA’s Apollo program was the beginning of a brilliant career as an optical designer. As an employee of the Farrand Optical Company he had the task to develop an optical system for the simulator of the lunar lander. In this simulator, Neil Armstrong & Co. rehearsed the approach and landing on the lunar surface.

As part of this activity, Al Nagler developed the design of the very popular Nagler eyepiece . After developing the simulator, Al Nagler founded Tele Vue, which still develops and manufactures the best eyepieces available on the market today.

On the occasion of the fiftieth anniversary of the moon landing, Tele Vue now offers this special limited-edition eyepiece!

The eyepiece comes in a very representative gift box, with a personal message from Al Nagler and an Apollo-11 commemorative coin. Like the eyepiece, the coin is limited and numbered (numbers 004 to 303). 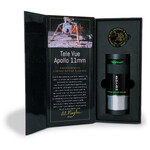 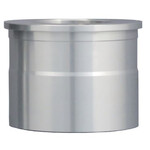